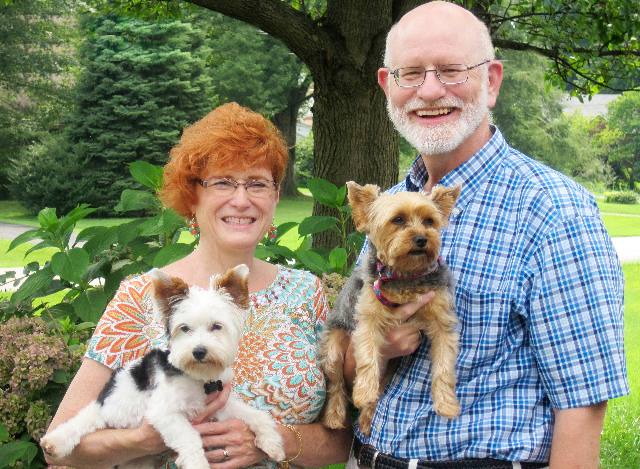 Ron had the largest-numbered license plate in the universe.

See Roget's Thesaurus (pubic domain HTML, 2.1 MB, one page). You may download this file for offline use.


These 34 freely distributable, native macOS command line utilities (see descriptions and changes and program documentation) provide a variety of functions for general use. All utilities are universal2 executables; they will run on both Intel (amd64) and Apple silicon (arm64) Macs with macOS 10.15 and later.

(The software was tested on Windows® 7)

This freeware contains no trojan, virus, spyware, adware, nagware, rootkit or malware of any kind.

TTTCube (for Windows®) plays three-dimensional (3D) tic tac toe on a 4 by 4 by 4 board. You play against TTTCube. Four markers in a straight line wins. 3D tic tac toe is much more complex and challenging than regular 2D tic tac toe. See TTTCube's Help topic How To Play for the rules of 3D tic tac toe.

TTTCube can be beaten whether you or TTTCube moves first.


TimeLeftPy is a Windows® program that shows your life expectancy and probability of dying within a year, updated every second, when given your birth date and whether you are female or male. The prediction is based on 2016 USA Social Security Administration information, and is applicable to USA residents.

Every 30 or so seconds (or every few seconds if you are over 40 years old) you live you will see your expected time of death move later by a second. The longer you live, the even longer you are likely to live in total.


64-bit Mersenne Twister (MT) is a long period, fast, high quality pseudorandom number generator (PRNG). Its period is 219937-1 (approximately 106002). It has equidistribution in 311 dimensions. The Visual Basic .NET class MTRandom64 implementing 64-bit Mersenne Twister (in mt19937-64.vb) produces over 135 million 64-bit pseudorandom integers per second on a 3.60 GHz Intel i7-3820 processor. MT has a sound theoretical basis and has been tested thoroughly. The original MT authors' site has details about the algorithm.

MTRandom64 has functions to produce 32-bit, 64-bit (and with Visual Studio 2010 and later, 128-bit) integers, as well as 53-bit precision reals. In all, MTRandom64 provides eight equidistribution generator functions and seven initializing methods. Saving a generator's state to a file and loading it later is simple.

MTRandom64 has been successfully tested against the original MT authors' mt19937-64.c code by generating 100 million integers and 100 million reals with both, and comparing the entire outputs.

MTRandom64 implements MT as a VB class. Code is included in a separate file to demonstrate use of the VB class in your program. Test code for the class is also included to duplicate the original authors' mt19937-64.out.txt file.

MTRandom64 will not compile with VB 6 or earlier.


Mersenne Twister is a long period, fast, high quality, 32-bit pseudorandom number generator. Its period is 219 937-1 (approximately 106 002). It has 623-dimensional equidistribution. The Mersenne Twister algorithm, by Makoto Matsumoto and Takuji Nishimura (1998), has a sound theoretical basis and has been tested thoroughly.

MTRandom is a Visual Basic .NET class that implements the Mersenne Twister algorithm. It produces approximately 114 million 32-bit pseudorandom integers per second on a 3.60 GHz Intel Core i7-3820 processor. It has functions to produce 32-bit and 64-bit (and with Visual Studio 2010 and later, 128-bit) integers, as well as 32- and 53-bit precision reals. In all, MTRandom provides sixteen equidistribution generator functions and six initializing methods. It allows many generators to be individually initialized and independently used.

The last change corrects a subtle error: MTRandom silently erred when a saved MTRandom state was loaded without first initializing MTRandom another way.


Mortgage is an English language program for Windows® to help evaluate fixed-interest-rate mortgage loans. Mortgage will find the loan principal, interest rate, duration or payment when given the other three.

Mortgage will show the total amount paid and the total interest paid for a loan.

With a set of loan numbers, Mortgage can show a repayment schedule, with the amount paid toward principal and interest for each month, as well as copy the schedule to the system clipboard, or print it.

Mortgage is not suitable for car loans. Those loans are calculated in a different manner that Mortgage does not support.

Mortgage requires Microsoft's free .NET Framework version 2.0. Your computer may already have it. If not, Mortgage's setup program will offer to download it from Microsoft. The Framework is a 22.4 MB download.

Version 1.3 adds explanatory Tool Tip balloons to Mortgage's two windows. The balloons appear when the mouse pointer touches various items. The balloons can be turned on and off.


EOL (End-Of-Line) is a Windows® program that converts English language text files among Windows®, old Mac and Unix/MacOS formats. It detects the format of each text file automatically. Use EOL's graphical user interface to select a drive and folder. Next, select one or more files by clicking or using wild card (*?) names. Select whether to make backup copies, then select the desired text file format and click to convert the file(s).

EOL requires Microsoft's free .NET Framework version 4.0. Your computer may already have it. If not, EOL's setup program will offer to download it from Microsoft.

Version 3.3.1 allows selecting all files in the list with Ctrl+A key combination or with a menu item.


WildSpeller is an English spelling aid for Windows®. WildSpeller can help when you know how to spell part of a word. Type the word, using wild cards "*" and "?", into WildSpeller. Asterisk (*) replaces any number of letters, including none; question mark (?) replaces exactly one letter.

Click once and you have a list of words. You can select a word and copy it to the Windows® clipboard with a double-click. If you use no wild card, WildSpeller will list words that sound like what you spelled.

Version 2.2a is functionally unchanged from version 2.2.


WinThesaurus is a Windows® thesaurus (for finding synonyms: words of same or related meaning). WinThesaurus has 30,260 root words and phrases, and over 2.5 million synonyms, for an average of 83 synonyms per root.

WinThesaurus can help when you are looking for a particular word but can only think of a related word. Type the word you know into WinThesaurus (or find it in a list), click once, and you have a list of synonyms. You can select one and copy it to the Windows® clipboard with two more clicks. WinThesaurus is based on the Moby Thesaurus data (included with WinThesaurus).

WinThesaurus version 3.2.1a fixes an egregious crashing when the first item in the left list box was clicked initially. Synonyms that match wild cards in the text entry box are marked in the Synonyms list box.


Play the ghost word game against your Windows® computer. The goal is to avoid spelling words of four or more letters. You move by typing a letter that leads toward an English word. You and WinGhost take turns adding a letter to the end until a player completes a word, at which point that player loses. Proper nouns are not allowed. Remember, if you spell a word of four or more letters, you lose!

In version 1.4a you can tell WinGhost to move first. WinGhost also uses a larger, serif font now. A hint error from version 1.2 is corrected.

These 39 freely distributable, native Windows® command line utilities (see descriptions and changes) provide a variety of functions for general use. x86 and x64 versions are provided. They require no support files and may be copied anywhere in your executable search path.

* The zip file contains an installer (also with removal). Windows® 7, Vista and XP will open zip files as folders. Other Windows® versions may require 7-Zip (freeware), WinZip, WinRAR, or similar, to open the zip file.